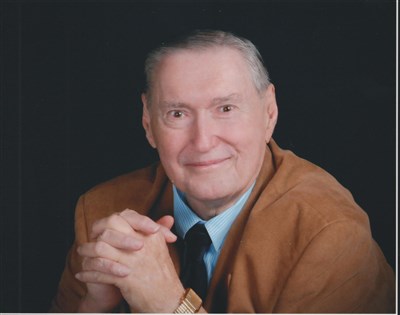 It is with sadness because of the loss, but also joy at the promise of the resurrection that the family and friends of the Rev. Edwin E. “Ed” McElroy, a retired elder, learned of his death Tuesday, October 15, 2019 at his home in New Castle.

A graduate of Karns City High School, Slippery Rock State College and the Methodist Theological Seminary in Ohio, Ed was employed in several different areas, but his greatest joy was serving as a pastor in The United Methodist Church. He was a supply pastor in the Western PA Conference in 1970, was licensed to preach in 1971, ordained as a Deacon in 1976, and as an Elder in 1979.

Ed was the Arrangements Coordinator for the Western Pennsylvania Annual Conference sessions for 25+ years. During this time, he built a strong team of dedicated volunteers to assist in hosting the 1,800+ conference members and guests meeting at Grove City College.

Ed is survived by sister-in-law Emma Walter, nieces Debi Walter, Terry Barr, and Sharone Walter, as well as great niece and nephew Sondra and Stephen Barr, and the Rev. Mark Goswick, a brother in Christ.

Friends will be received from noon until 2 p.m. on Saturday, October 19 at the Savannah United Methodist Church. A Service of Death and Resurrection will follow at 2 p.m., with the Rev. Mark Goswick officiating.