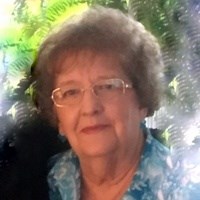 Judith Anne McClintock, 86, of Confluence, beloved wife of Rev. Samuel McClintock, took her place in the heavenly choir on March 21, 2022.

She loved picnics and traveling with her husband. They camped all over the area. Judy’s ability as a baker was legendary in the community, especially for her bread and cinnamon rolls. Her friendly and outgoing personality made her instant friends and her giving and generous nature made her loved by all who knew her.

At Judy’s request, there will be no viewing. A memorial service will be held on Saturday, March 26, at 11 AM in the Addison United Methodist Church with Rev. Valerie Stark officiating.

In lieu of flowers, the family suggests a donation to the charity of the donor’s choice.