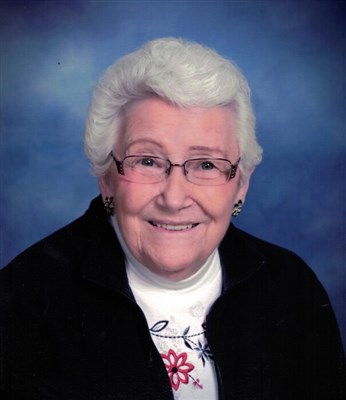 Born Sept. 20, 1931, in Dutch Hill, Perry Township, Clarion County, she is the daughter of the late Merle Clyde and Nina Leach (Fair) Callander.

She married Allen Franklin Maihle Jr. on March 4, 1950 at her parents' home in West Freedom, Perry Township at a service officiated by the Rev. Merle C. Wonderling, retired United Methodist minister of Seneca, PA. They were blessed to be married 51 years. Reverend Allen F. "Pete" Maihle Jr. preceded her in death on May 19, 2001.

Bessie was a devoted wife, loving mother, proud grandmother, housewife, community volunteer and retired United Methodist minister. During her husband's appointment at Sigel UM Charge she worked at the Jefferson County Commissioner's office as assistant chief clerk; volunteered at many churches where her husband served until she felt God's call into the ministry. She was so proud of her husband's ministry and working in the churches with him.

A 1949 graduate of the former Allegheny-Parker High School, she attended Clarion University to prepare for licensing as a local pastor, then completed Course of Study classes in Nashville and at Wesley Theological Seminary in Washington, D.C. She initially was appointed as a part-time local pastor in 1989 and began serving as a full-time local pastor in 1991.

A private family service is scheduled for 2 p.m., Sunday, Jan. 3, 2021 at the McKinney d'Argy-Funeral Home, 345 Main Street, Brookville PA 15825. Pamela Mansfield will officiate .A live broadcast of the service may be viewed by clicking the link at the bottom of her obituary page on the McKinney D'Argy Funeral Home website or by entering http://webcast.funeralvue.com/events/viewer/44003 into your browser.

Online condolences and other information may be found by visiting www.mckinneydargy.com.