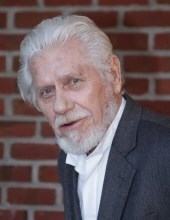 Rev. William Joseph Maher Sr., 79, of Franklin, passed away Tuesday March 9, 2021 at UPMC Hamot in Erie from complications due to COVID-19.

Born in Oil City on July 5, 1941, he was the son of the late Michael Sheridan and Mary Kathryn Kugler Maher. He was a graduate of Oil City High School, and served proudly for a short time in the United States Air Force after graduation. Years later, he went on to graduate from Westminster College and earned his Master’s Degree in Divinity from Methodist Theological School in Ohio.

After working in a variety of trades during his early years, from coal mining, construction work, and owning his own cleaning and paint stripping business in CO, to his work as head of Security at Westminster College, Bill answered his call to ministry and went on to serve 22 years in the United Methodist Church. He earned the title “Circuit Rider” because of the distance he often traveled between the churches that comprised his “charge.” He was extremely dedicated to the parishioners of all of his churches and to serving God. He and his wife were a beautiful team in ministry, and served over 10 congregations in many different communities during his time with the United Methodist Church.

Rev. Maher left the United Methodist Church and founded Christ Community Church in Oil City which focused on serving individuals and families who were working on recovery measures from drug and alcohol addiction. He was often found serving breakfast on Sunday mornings before services, and making coffee for those attending AA and NA meetings. He joyfully served this church for 13 years and connected with and touched the lives of people from all walks of life. His legacy of serving others and helping to lift families up will be felt for generations. A kind friend wrote once, “His ministry included the forgotten souls desperate to find worth and meaning in this life. His service to the KING is legionary and brings joy to our Lord.”

Additionally, Bill worked for the county of Venango in the drug and alcohol program. He was named Human Service’s “Outstanding Staff Member of the Year” in 2005 for his commitment, dedication and service to the residents of Venango County.

Also surviving are his brother, Steve Maher and wife, and his sister, Ann Metzinger and husband. Pat Schiffer has been his very dear and special companion for the past three years and he was gifted by the joy and laughter she brought back into his life.

There will be no visitation or services at the request of the deceased, but a family memorial celebration will occur at a later time.

Online condolences may be sent to the family by visiting www.HuffFuneral.com.