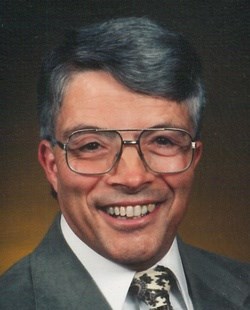 A memorial service will be held August 31 for the Rev. Craig L. Lyman, who died on April 30, 2016 at the Meadville Medical Center. He had been a resident of Wesbury Community since January, 2016.

Born in Buffalo, New York on May 2, 1940, Craig graduated from Clarence Central High School, Clarence New York in l958; Houghton College, Houghton, New York in l963 and earned his Master of Divinity Degree at Asbury Theological Seminary, Wilmore, Kentucky in 1967. He received his Probationer’s License in 1960.

While in college he served in two appointments as a student pastor. After Seminary graduation he was ordained into the Christian ministry and served churches in the Kentucky Redbird Mission (EUB denomination). In 1982 he transferred to the Western Pennsylvania United Methodist Conference, where he served an additional 18 years in four churches, including the Albion Calvary and the Sandy Lake Lakeview UMCs. He retired from the active ministry in 2000, following 40 years of service as a minister of the Gospel.

Rev. Lyman had a sincere desire for others to know Jesus Christ as their Lord and Savior. He sought always to follow the Scripture in I Peter 3:15 which says, “…if someone asks about your hope as a believer, always be ready to explain it.” While living at Juniper Village in Meadville, he formed a group of residents who memorized Scripture verses each week. He loved to read and for several years had regularly bowled in three bowling leagues. Born with a wonderful sense of humor he usually had a smile on his face and a twinkle in his eye. He will be missed.

He was preceded in death by his parents; his wife of 24 years Sheila, who died after a battle with cancer in 1987; and a grandchild. Rev. Lyman is survived by his wife Patricia (Tallman), a brother, Dr. Gary H. Lyman (Nicole) of Kirkland, Washington; three daughters, Tonya (Lyman) Husky and Tammy (Lyman) Goodin, both of Kentucky, and Tina (Lyman) Sargent of Florida; six grandchildren and six great-grandchildren. He also leaves two stepsons, Dr. John (Sharon) Tallman of VA and Vincent (Debra) Tallman of Maryland, and eight step-grandchildren; and  two sister-in-laws, Faith (Charles) Hagan of Danville, NY and Beverly (Sherman) Sanford, of Nunda, NY, as well as a number of nephews and nieces.

The August 21 memorial Service to celebrate Rev. Lyman’s life and ministry will be held at 3 p.m. at the Pleasantview Christian and Missionary Alliance Church at 16233 State Hwy 86, Saegertown, PA.

Arrangements were entrusted to the Hatheway-Tedesco Funeral Home & Crematory in Meadville (hatheway-tedesco.com).