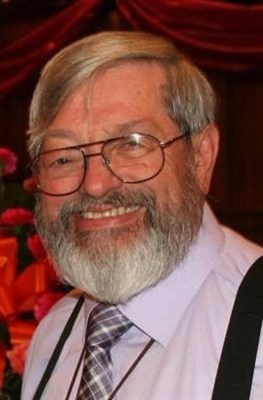 Rev. Ronald C. (Ron) Lindahl, 72, of Williams St., Bradford, went to be with his Lord and Savior, Saturday, March 9, 2017, surrounded by his loving family, at Bradford Regional Medical Center. A retired elder, he was the husband of the Rev. Majorie Lindahl and father of the Rev. Craig Lindahl.

Born September 2, 1946 in Bradford, he was a son of the late Carl H. and Betty L. (Bruner) Lindahl.
He enlisted in the United States Navy in November of 1965. He served aboard the USS Ranger Air Craft Carrier. He was honorably discharged in March of 1970.

On March 5, 1966, at the Rew United Methodist Church, he married Marjorie E. (Delaney) Lindahl, who survives.

He was a 1964 graduate of Bradford High School, and graduated from the University of Pittsburgh at Bradford with honors and with a degree in Human Relations. He earned his Master of Divinity degree from Pittsburgh Theological Seminary and was ordained as an Elder in the United Methodist Church.

Ron was employed at Dresser Maunfacturing for 19 years. In 1985 he entered the ministry, and served in the Gifford, Rew, Greene Hills, Elizabeth, and DuBois Mt. Zion United Methodist churches. He retired in 2013.

A member of Bradford Area High School Rifle Club, the McKean County Rifle Club, and the NRA, he loved hunting, sport shooting, camping, and woodworking, but his greatest joy came from spending time with his family, especially his grandkids.

Surviving in addition to his wife of 53 years, the Rev. Marjorie Lindahl, are one daughter, Leslie (Tim) McMeans, of Pittsburgh; a son, the Rev. Craig (Cyndy) Lindahl of Templeton; a brother, Kevin (Molly) Lindahl, of Bradford; grandchildren Madison, Johnathan, Emma, and James; sister-in-law Linda (the late Jerry) Delaney of Bradford, and a nephew, Robert Delaney.

Friends will be received at Hill Memorial United Methodist Church on Wednesday March 13, 2019, from 3 to 6 pm, and Thursday, March 14 from 10 to 11 a.m., the time of the funeral services. The Rev. Jay Tennies, pastor of Hill Memorial;  Rev. Tom Carr, pastor of Reynoldsville UMC, and Rev. Craig Lindahl, pastor of Templeton UMC Charge, will co-officiate at the service. Burial will be in Willow Dale Cemetery.