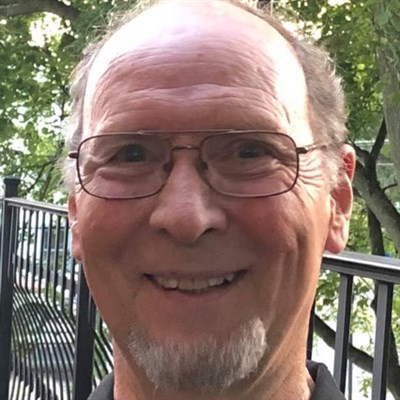 On November 25, 1940, Barry was born in Pittsburgh to Virginia and Howard, who worked a Coke truck delivery route. Barry loved to talk about his train trip to Seattle with his mom and 2 year old sister, Sylvia, to see their father when on a leave from the military. During the 1940s, the family moved into part of a large house overlooking the West End bridge in Pittsburgh, where Barry loved to play sandlot baseball until dark.

During the 50’s, Barry spent his summers on his cousin’s dairy farm, and his little sister Brenda was born.  He remembered pulling her on a sled through the snow, falling off of his bike and breaking his arm, playing Pony League baseball, delivering newspapers, becoming a soda jerk, and walking 2.5 miles each way to Langley with Sylvia. The family moved to the Sheraden section of Pittsburgh when he was in 10th grade and he loved playing the trumpet in the band.

During the 60’s, he went to Albright College, met and married Ria, graduated in 1962, and went to seminary in Dayton, OH. There Ria worked as a librarian and he worked in a supermarket. He loved to talk about his choir tour of Europe, where he and Ria spent time with her parents in Holland on the island of Texel, which remained dear to his heart. Barry was ordained an elder in the Evangelical United Brethren Church in Johnstown in 1965, and his first church was in Mapleton, in Huntingdon County, PA. This was followed by a move to Pittsburgh in 1968 where he served as the Arlington Ave. EUB Church merged with the John Wesley Methodist Episcopal Church to form the Hilltop United Methodist Church.  Before Barry’s 29th birthday, his father died tragically during a turkey hunting trip. His daughter Krista was born birth on the day Forbes Field closed, and of course he went to the last game and was present for the birth.

During the 70’s, when Krista was 5, Barry and Ria moved to Erie, where he served in the Simpson Church and coached the church softball team.
During the 80’s, Barry performed in the Cotton Patch Gospel in a United Methodist Drama Group, which he continued to promote and direct frequently throughout his life. He sang in a wonderful group, the Circuit Rider 5 and coached girls’ softball at Mercyhurst College, where Krista went to college. He celebrated his 50th birthday, with the help of his brother-in-law, Vince, who obtained a personal note from Willie Stargell to Barry.

During the 90’s, Barry experienced the life changes of a divorce, then a marriage to Andrea after introductions by his sister Brenda, and adoption of his son  Michael.  He served at Andrea’s family UCC church in Packanack Lake, NJ for two years, and assisted Andrea with the care of her elderly father.  Rebecca was born in April of 1996, followed by Krista’s marriage to Jeff Westfall in June of 1996.  In July, the family moved to Sewickley, where Barry served as pastor of Sewickley United Methodist Church.  Barry experienced his 60th birthday at this church, surrounded by family and friends.

During Barry’s seventh decade, from 2000-2010, his beloved grandsons were born; Greg in 2000, and Kyle in 2004. Mike graduated from Quaker Valley High School in 2006 and went to WV Wesleyan College. When they dropped him off at college, they returned with a stray kitten Misty. Barry retired from Sewickley United Methodist Church in 2006, and worked as a Northwood realtor for a year, and then at Home Depot, both good experiences.  The family moved to Aleppo Twp, and he loved watching Rebecca performing in four high school musicals.  Barry loved it when the family got a wonderful dog, Benny. Barry had his 70th birthday at home, surrounded by his large, extended family.

During Barry’s eighth decade, from 2010-2020, he went to the 2013 Pirates Spring training at Bradenton, FL, with Andrea’s big brother, Kent. His mother Virginia died, surrounded by her loving children, and he went to Europe on Rebecca’s HS German trip.  Barry enjoyed a wonderful visit to Texel and to see Ria’s family.  He spent his 75th birthday in Franklin, surrounded by his large extended family and many took part in a family softball game. Barry served as an interim pastor at many churches, with the last one being Sheraden UM Church. He loved being on the senior bowling league, and a highlight was bowling with his elderly aunt.  A new woodsy deck was installed at the family home, where Barry enjoyed watching and feeding the many deer, turkey, and birds, as well as playing with Misty and walking Benny and socializing with wonderful neighbors.

Barry Lamont Lewis passed away on February 8, 2022, suddenly and unexpectedly.  He leaves his love and memories behind with his beloved family and his dear friends from all walks of his life. He is survived by his wife Andrea, daughters Krista (Jeff) and Rebecca, his son Michael, his grandchildren Greg and Kyle, and his loving sisters Sylvia and Brenda (Vince).  He is also survived by many nieces and nephews, and his dear pets Benny and Misty.

There will be a viewing for Barry at the Richard D. Cole funeral home at 328 Beaver St, Sewickley, PA  15143, on Friday, March 4, 2022, from 2-4 and 6-8.  Flowers are welcome and contributions can be sent to the funeral home’s website to a fund in his name at  https://www.richarddcolefh.com

The funeral service will be on Saturday, March 5, at 11 am at the Sewickley United Methodist Church, followed by a luncheon at the church.  This service will also be streamed on the church website https://www.sewickleyumc.org and posted later.