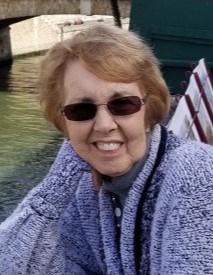 Judy Laughrey, age 77 of Fernandina Beach, Florida, formerly of the Pittsburgh, Erie and Johnstown, Pennsylvania areas, died on Wednesday, September 14, 2022, in Pittsburgh. She was born on May 18, 1945, in Beaver, Pennsylvania one of four children of Edward and Edna (Brooks) Richards.

She was preceded in death by her parents and is survived by her husband, The Reverend James S. Laughrey; two sons, Jeffrey Laughrey and Jason (Andrea) Laughrey; her four-legged buddy, Caleb and her three siblings, Nancy Zagorac, David (Judy) Richards and Thomas (Colleen) Richards.

There is no visitation for Judy. A Celebration of her life will be held on Sunday, September 18, 2022, at 4:30 PM in the Oakland United Methodist Church 1504 Bedford Street, Johnstown, Pennsylvania 15902. A Celebration Dinner will follow, location and details will be announced at her service.