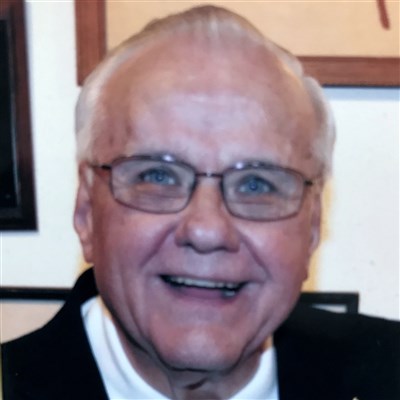 The Rev. Robert S. Lash, a former Washington District Superintendent whose active ministry spanned 55 years, passed from this life on Sunday, Sept. 22, 2019 at the age of 87.

He began serving a circuit of churches in the Methodist Church at the age of 19 and continued to serve many congregations throughout Pennsylvania primarily in the Pittsburgh area. In 1982, Dr. Lash was appointed superintendent of the Washington District of the Western PA United Methodist Conference. His active ministry spanned 55 years in which he was a faithful and beloved pastor. He was well known for his wonderful first person sermons.

Bob was also an avid fisherman, golfer and baseball fan. In retirement he was an active member of Dutilh U.M. Church where he taught adult Sunday school and led grief support groups.

He is survived by his daughters, Rita Lash (Ken Collins) of Melbourne, FL, and Kathy Fuller (William) of Pittsburgh, and stepchildren Cheryl (Ron) Wenner, of Oklahoma, Mark (Lynda) Kennedy of Wexford, and John (Carrie) Kennedy of West Virginia. He found his greatest joy in his seven grandchildren and five great-grandchildren.

Memorial donations may be made to Dutilh U.M. Church or to Good Samaritan Hospice, where Bob and family received loving care.