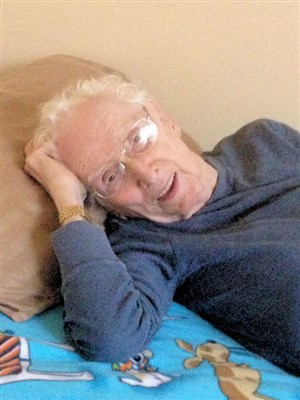 Wilbur “Bill” Charles Larsen, 91, of Sharpsville, a retired elder, died Sunday, December 3, 2017 at St. Paul Homes in Greenville.  He was born on Monday, September 27, 1926 in Corry, Pennsylvania.  He was the only child of Foster Kent Larsen and Bertha Sutton Larsen.  Bill’s father died in 1929 as the result of an accident sustained while working for the Pennsylvania Railroad as a train engineer.  Bill and his mother survived “The Great Depression,” and in the 1940’s a step-father Joseph Frankowitz came into his life.

Bill was a caring, compassionate, and dynamic leader in the church and across the broader community.  During his years of ministry, he served in leadership capacities on many conference and district boards of the United Methodist Church.  Most notably, Bill served on the W. PA. United Methodist Church’s Board of Ordained Ministry for 18  years.  During his tenure he created and led the Deacon and Elders' Training Program.  He had a special love for the Wesley Woods United Methodist Church Camp in Grand Valley, PA where he regularly served as a camp director for many years.

It is said that the value of one’s life can be measured in the number of lives one has touched.  Bill literally touched tens of thousands of lives.  He lived out John Wesley’s motto with conviction, i.e., “The world is my parish.”  He regularly ministered to every soul who ever crossed his path.  His favorite moments in ministry took place in check-out lines counseling clerks and in restaurants where he counseled his waiters and waitresses.  In August 1968 he even ministered to a cowboy whom he met in a Laundromat outside of Billings, MT.  His wife, Valeda, and he loved to travel the world, circumnavigating it three separate times.  During these worldwide travels, they always described them as mission trips rather than sightseeing trips.  Our parents reveled in their opportunities to share their witness about Jesus Christ around the globe thus creating relationships that have lasted over the course of many years.

His love for God and his passion for serving as a pastor in the United Methodist Church were beyond measure.  The scripture verse that guided his life purpose and ministry was Romans 8:28.  Bill’s greatest impact, however, was upon his family who shall miss his wit and humor, his encouragement and warm affirmation, his positive optimism and strong Faith, and his Christian witness.  To God Be the Glory!

Arrangements are under the direction of the Robert W. Waid Funeral Home, Inc., 581 Chestnut Street, Meadville where memories and condolences may be shared at www.waidfuneralhome.net