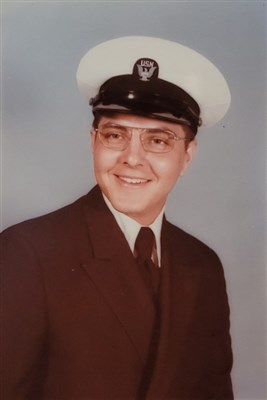 Thomas Lee Krishart, 64, of Black Lick, PA passed away on Friday, January 14, 2022, at Indiana Regional Medical Center, Indiana, PA.  A faithful member of The United Methodist Church, he served from 2009-2015 as a local pastor in the Indiana District, where his wife Dawn Krishart serves as associate pastor in the Greater Blairsville Cooperative Parish.

Tom was born on August 4, 1957, in DuBois, PA to Jerome and Margaret Benny Krishart and graduated from the St Mary's Area High School in 1975. During high school, he was an accomplished student and enjoyed competitive swimming.  He studied nuclear engineering at Penn State before entering the Navy on January 21, 1978.

Thirteen days after their wedding both Tom and Dawn enlisted and went to Orlando, Florida for boot camp. He served for 11 years, gaining the rank of AC Chief.  He served in various squadrons and on the Forrestal, Ranger, and the Nimitz carriers. During his Navy career, he attended college and studied to be an adult educator. He enjoyed teaching and repairing the electronics on his A6 Bombers.

After his  discharge in 1989, the family moved back to DuBois to help run Keller Brothers Dry Cleaners. He was a Rural Postal Carrier for the Dubois post office for 30 years, retiring in 2021.

Tom had a passion for youth. He gave up many vacations to travel on mission trips and youth events. He coached soccer and umpired baseball.  He helped organize Abba’s Coffee House a youth Ministry in DuBois Pa.

Later, Tom became a Licensed Local Pastor and served the Penfield, Trinity, Pleasant Valley, Falls Creek, Sykesville, and Albion United Methodist churches.  His passion was to teach youth about the redeeming power of Christ.  If you asked Tom what God was calling him to do, he would say to support his wife Dawn in her ministry. He gave up his position as pastor to encourage and support her call.  Tom and Dawn were a true partnership in life and ministry.

Tom enjoyed traveling and camping and spending time with his family. One of his best qualities was his welcoming smile. He could light up any room he entered.  He loved meeting people.

Tom was preceded in death by his parents and two nieces.