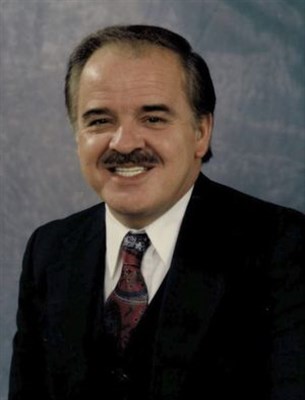 Stephen J. Kolacz, 73, of Meadville, went into the loving arms of his Lord and Savior, Jesus Christ, Thursday, Jan. 14, 2016, at the Marquette Hospice House. A stroke survivor in 2013, Steve declined in health this past year and was recently diagnosed with A.L.S. – Lou Gehrig’s disease.

He was born Feb. 17, 1942, in Lowell, Mass., a son of Edward C. and Claire Beaulieu Kolacz. He married Julie Ann Sparks of Pleasantville on Sept. 3, 1994. She serves as pastor of New Ireland and Lake Pleasant UMCs and a chaplain at Meadville Medical Center.

Steve was very entrepreneurial, self-made and was a patented inventor. He would be very focused to take on a task and then do it well, often without any formal training. His career took many turns over the years. In his early years, he was involved in two-way radio and TV repair before becoming a flight instructor in the Greater Boston, Mass., area. He moved to Atlanta, Ga., in 1977 to begin flying corporate Lear jets, becoming one of six FAA-designated Learjet examiners in the country. Steve enjoyed flying such notable people as Rosalind Carter and the Bee Gees.

When he retired from aviation, he got into tool and die work, then worked as a sales representative for tooling machines. He most recently worked as a Pennsylvania State Constable, specializing in mental health crisis transports throughout northwest Pennsylvania and into Ohio.

Over the years, he enjoyed ham radio, flying remote controlled airplanes, and watching Fox News. He was an avid gun owner, a competitive shooter, and enjoyed reloading. He also enjoyed wine making. He was a member of the Meadville, Black Ash and Sparta sportsman clubs and the National Rifle Association.

Steve was passionate about his Christian faith and teaching the Bible. He holds membership in The United Methodist Church.
In addition to his wife Julie, he is survived by two sons, Stephen J. Kolacz Jr. and his wife Lisa, of Brentwood, N.H., and John Kolacz of Meadville; three stepchildren, Cheris Pearson and her husband Randy of Canton, Ga., Christie Klosowski and her husband Butch, of Marietta, Ga., and Craig Gagnon and his wife Robin of Abbeyville, S.C.; 16 grandchildren; 20 great-grandchildren; and his beloved dog Bandit.

In addition to his parents, he was preceded in death by a son, Todd Kolacz, whose widow, Shelly, of Morganton, Ga., survives; and his sister, Edwina LaBarre of Epping, N.H.

Arrangements were by the Robert W. Waid Funeral Home in Meadville.