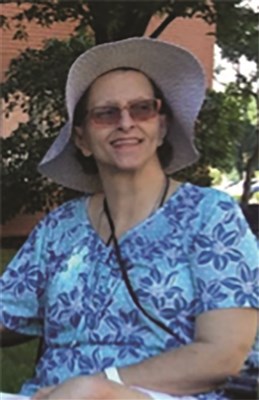 Rev. Bonnie Tyack Friend King, 68, died at her home in Georgia on April 8, 2020. Both Bonnie and her husband John King, who survives, served as pastors in the Western PA Conference and retired in 2017.

Due to COVID-19, no funeral will be held. A memorial service will be held at a later date.

Bonnie was born March 25, 1952, in Huntingdon, Pennsylvania, to Paul Franklin and Hannah Mary Gaines Friend. She was a lifetime Girl Scout. She was active during her younger years, and then became a troop leader for her daughter. Bonnie was a dedicated wife to her husband, John Vernon King, whom she married on June 23, 1973, and was a loving mother to her three children.

Both Bonnie and John were United Methodist ministers in the Western Pennsylvania Conference. Together, they served God over much of the western third of Pennsylvania. Bonnie served as an associate pastor in Brownsville from Feb. 1, 1997 - 2000, then moved to New Florence UMC for three years before being appointed to the Oil City: Bethel/Oak Hill/Reno Charge in 2003.

Arrangements are handled by and sympathy cards can be sent to Bill Head Funeral Homes and Crematory, Lilburn/Tucker Chapel, 6101 Lawrenceville Highway, Tucker, GA 30084. Online condolences may be left at www.billheadfuneralhome.com.