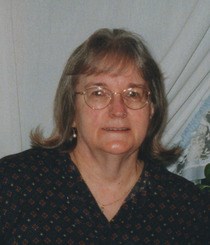 She was born June 13, 1943 in Torrance, PA, the daughter of the late Elder Moritz and Ruth (Howard) Moritz.  Carol was a graduate of Derry Area High School Class of 1961.  Following graduation she worked briefly for the US Naval Dept. in Washington, DC.

She was married to Raymond P. Kerr on January 19, 1963.  The couple served together in ministry of various kinds for over 50 years. They served United Methodist churches at Brush Valley, Torrance, Hillside, Manorville, Rogers Chapel, Ohl, Cliff, Mount Pleasant, Stanton, Marion Center and Hillside once again.

Carol loved to sew, cook and scrapbook.  She loved being with her family and was active in the various Church's women's group, 4-H. She also supported missionary groups and local charitable groups.

Loved by family, friends and all who knew her, Carol is survived by her sons Randy Kerr and wife Dianna; and Matthew Kerr and wife Amy, all of Derry, PA; daughter Suzanne Dixon and husband Shawn of Bradenville, PA; daughter Jodi Fleming and husband Jerry of Latrobe, PA; and grandchildren Robert, Jacob, Amber, Ryan, John, Alex and Bethany. She is also survived by two sisters, Nancy Sprock of Torrance, PA and Brenda Flitton of Kentucky, as well as severl nieces, nephews and grand nieces and nephews.

The family will receive friends at the James F. Ferguson Funeral Home, Inc., Blairsville, PA on Thursday, May 25, 2017 from   2-4 & 6-8 PM.  A funeral service will be held in the funeral home at 11 a.m., Friday, May 26 with the Rev. Herb Phar officiating.  Interment will be in Hillside Cemetery, Hillside, PA.