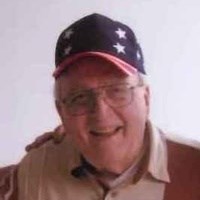 Mearle H. Jay, 93, formerly of Corry, Pa., died Monday, March 5, 2018, at UPMC Passavant Hospital in Pittsburgh, Pa. He was a retired elder who had served as a U.S. Navy chaplain and later as an Air Force chaplain.

Mearle was raised and educated in New Castle, Pa., where he graduated from high school in 1942. He attended Waynesburg College graduating in 1948. He then attended Boston University School of Theology from 1948 to1952 and graduated with a Bachelor of Sacred Thought Degree. In 1958, Mearle received his Masters Degree from Pittsburgh Seminary. He received his Teaching Certificate from Wright State University.

Mearle was a member of the First United Methodist Church in Corry and enjoyed bowling and golfing.

Family and friends may call at the Bracken Funeral Home, 315 N. Center St., Corry, Pa., on Saturday from 11am until the time of the funeral service there at 12 noon. Rev. John Rough will officiate.

Burial will be in Pine Grove Cemetery, Corry, Pa.

Memorials may be made to the Rouse Home-Patient Care Fund, 701 Rouse Avenue, Youngsville, PA. 16371.