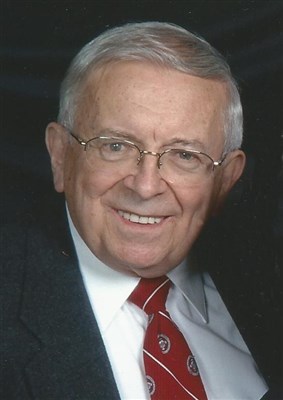 Bob was a very educated man who used his knowledge and experience to help others as a pastor, counselor, mental health administrator, and faculty member at Penn State University's DuBois campus.  He earned a bachelor's degree from Eastern Nazarene College in Massachusetts, a second bachelor's from Boston University, a master's degree from Princeton Seminary, a master's from Winona Lake Seminary, a Doctor of Sacred Theology from Geneva College, and a Doctor of Ministry from Boston University. He attended school while he was working and raising his family.

After graduating from seminary, Bob was as a Church of the Nazarene minister for about four years. In 1960, he affiliated with the Methodist Church and became a minister in Arapahoe, Nebraska. He served as pastor of the Meade Chapel and Port Barnett Churches. In 2004, Bob and Patricia moved to Columbus, Ohio. In 2014, they returned to Pennsylvania to retire in the Brookville Area.

Bob was a past member of the Junior Chamber of Commerce in Arapahoe, the Lions Club, and the Sertoma Club. He was chaplain of the Riverside Methodist Hospital in Columbus, Ohio, and the Civil Air Patrol in Pennsylvania. He was also an honorary member of the Nebraska Navy.

Bob loved being with his wife and they enjoyed traveling together. They traveled to England and enjoyed a cruise in the Bahamas. Early in his ministry Bob joined a mission trip in South America. He also enjoyed hunting, fishing, camping and hiking.

He authored two books, "Between Pulpit and Pew" and "The Symphony of Hope."

In addition to his parents, Bob is preceded in death by his sister, Doris Ruggles.

Memorial contributions may be made in his name to Meade Chapel United Methodist Church.

Online condolences and other information may be found at mckinneydargy.com.