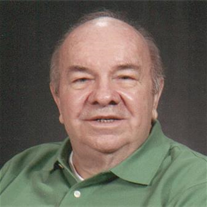 He then moved to Kingwood, West Virginia, where he served as Pastor of Kanes Creek and Mount Vernon UMCs from 1997-2006.  He was a member of Wesley UMC in Kingwood, the Waynesburg Lodge 153 F. & A.M. and the Shrine Temple in Pittsburgh, PA.

In addition to his parents, he was preceded in death by three brothers, Rupert, Calvin and George Hughes; one sister, Ardythe Ann Williams.

Visitation was at the Rotruck-Lobb Kingwood Chapel and a funeral service was held Tuesday, July 26 at Wesley United Methodist Church in Kingwood with , with the Revs. Paul Rebelo, Tom Lynn and David Youngdahl officiating. Entombment followed at Sunset Memorial Gardens Mausoleum.

Personal condolences may be offered to the family online at www.rotruck-lobb.com.