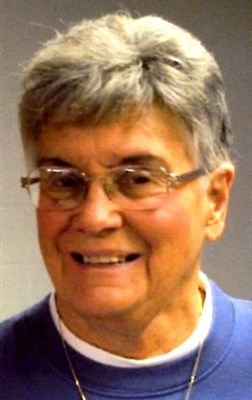 Wilma influenced the lives of everyone she knew.  She was a devoted and loving wife, mother, grandmother, and soon-to-be great grandmother.  The imprint she left on her family, as well as every person she met, befriended, taught, counseled, and led is immeasurable.

After raising her four children, she was led to serve God as a minister. She helped pastor at the Westmont United Methodist Church and the St. John’s United Church of Christ before becoming the pastor of the Hopewell United Methodist Church, Hollsopple, where she joyfully led the congregation from 1995 to 2016.

She was a long time member of Women’s Aglow Fellowship and served as president.  Wilma was an active member and spiritual director of Altoona-Johnstown Tres Dias and led many bible studies throughout her life.  Thank you, Wilma, for all of the love and wisdom with which you have left us.  Heaven has gained a very special angel.

Friends were to be received on Tuesday, March 14 from noon until 7 p.m. and Wednesday morning from 9-11 a.m., the time of the funeral service at the Picking Treece Bennet Funeral Home in Johnstown.  Rev. John Mize and Rev. Arlene Bobrowicz officiating.  Interment Grandview Cemetery.

A luncheon in Wilma’s honor at Westmont UMC will follow the funeral service.