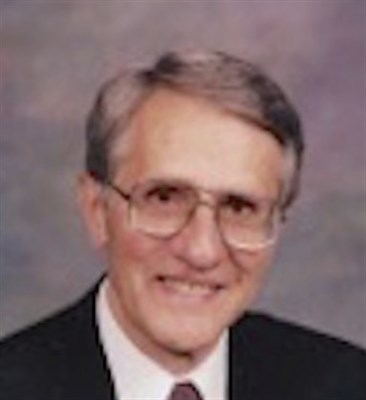 The son of Delbert and June Johnston Hinderliter and was born on March 5, 1928, in Timblin. On June 9, 1956, he married Nancy Odil. They were the parents of three children, Joel (Paula) of Dayton, Ohio; Diane (John) Wendlandt of Anchorage, Alaska; and Eric (Susan) of Van Buren, IN. After Nancy's death, he married a college classmate, Helen Orr Rawski, who survives.

Harold graduated from Academy High School in Erie, after which he worked for General Electric Company in Erie before starting college. He graduated from Houghton College, Wesley Theological Seminary in Washington, D.C., and earned a Ph.D. in Theology at Vanderbilt Divinity School. Later, he studied at Cambridge University in England.

He was ordained in the Erie Conference of the United Methodist Church. From 1955 to 1959, he was pastor of the New Wilmington United Methodist Church. The major part of his career was spent as professor of philosophy and religion for 34 years at Ohio Northern University. For 17 years, he was chair of the philosophy and religion department and also served as interim dean of the College of Arts and Sciences for a year.

In addition to his wife, Helen, and three children, he is survived by four grandchildren, Kyle, Quinne, Ava and Claire. He is predeceased by a sister, Velma (Dolly) McLallen.