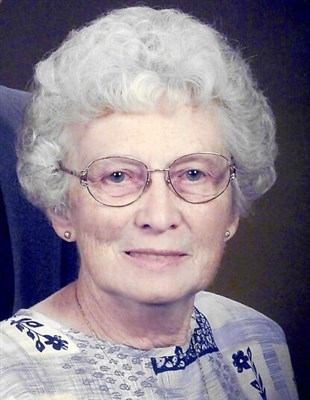 Frances M. Himes, 87, of Rockland, went Home to be with the Lord Tuesday afternoon, June 28, 2022 at Oakwood Heights in Oil City, following a lengthy battle with Dementia.

She was born in Rockland on July 1, 1934 to the late Kerry E. and Alice (Feltenberger) Marshall. Frances attended eleven years of schooling in Rockland and then graduated from the Emlenton High School in 1952. She was a member of the United Methodist Women and Mothers Against Drunk Driving (MADD).

In her earlier years she worked in banking in Oil City.  She also served as the Rockland Township tax collector.

She is survived by her son, Ronald Himes and his wife Deborah of Kennerdell, and a son-in-law, Kevin Billock of Brockport; her grandchildren, Duane, Angela, Jennifer, Chad, Craig, Jason, Jessica, and Jerad; and numerous great-grandchildren.  Also surviving is a sister, Barbara Leggiero and her husband Larry of Beaver Falls; and her nieces and nephews, Bill, Bob, and Beth Ann.

In addition to her parents and husband, she was preceded in death by a son, Raymond D. Himes; and her daughter, Fay A. Billock.
Visitation will be held Friday (July 1st) from 10 a.m. until noon in Hile-Best Funeral Home, 2781 Rte. 257 in Seneca, where a funeral service will follow Friday at noon with Rev. Tom Phillips and Rev. Gale Boocks, officiating.  Interment will follow in Rockland Cemetery in Kennerdell.

In lieu of flowers, memorial contributions may be made to the Rockland United Methodist Church, MADD, or the Alzheimer’s Association.
To express online condolences to the family, please visit www.hilebest.com