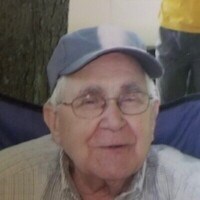 He then entered the ministry as a United Methodist pastor and served many churches throughout Western PA from 1969 to 1994, when he retired from active ministry.  His most recent assignments were local churches in Davistown, Mt. Salem, Calvary, Hazen, Munderf, Allens Mills, Lake City, and Richardsville.

In addition to spending time with his family, Howard enjoyed fishing, hiking, and reading historical novels.

Due to the COVID-19 pandemic there will be no public viewing or visitation.  Private services and interment are being held under the direction of the Vito C. Martucci Funeral Home, 123 S. 1st St. West Side, Connellsville (724) 628-9033.

In lieu of flowers, Howard’s family suggests donations be made to Eicher’s Family Home or The National Alzheimer’s Association.