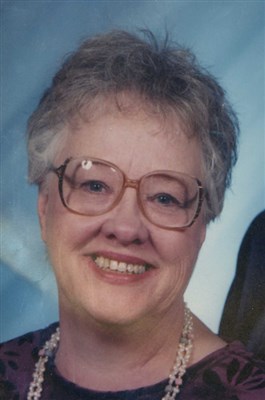 Born on April 5, 1938 in Westville, Joyce was the daughter of the late Rudolph and Margaret Aldine Postlewait Lundblad. On February 29, 1992 she was married to Rev. Hess and he survives.

Joyce started her working career at Child Evangelism where she served as a missionary. Eventually she became an L.P.N. and at her retirement she was working as an operating room nurse at both the Catholic and city hospitals in DuBois. She is a member of the Beechtree Union Church, where she served as chairman of the Church Board, served on the church Missionary Committee, the Beechtree Ladies Aid and the Beechtree Cemetery Association.

Joyce served as the President of the Brookville Senior Citizens Club and was instrumental in organizing many many trips over the years. Joyce also served as President of the Jefferson Manor Auxiliary and was a member of the American Legion Post #997 Ladies Auxiliary. She also was the leader of the Good News Club in Westville.

She enjoyed sewing, crafts and cooking. Her spirit of giving and helping anyone, in need of anything, is irreplaceable and will be missed by many.

Visitation was at the Carlson-Shugarts Funeral Home Inc. in Brockway. Funeral services were held Wednesday, Dec. 27 at the Beechtree Union Church with Rev. Terry Felt and Pastor Karen Trask co-officiating. Burial followed in the Beechtree Cemetery. Memorial donations may be made to the Hahne Cancer Center 100 Hospital Avenue DuBois, PA 15801