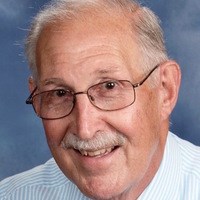 Rev. Walter B. Hehman of Grove City passed away on Thursday, March 19, 2020 in Orchard Manor following a lengthy illness.  He was 78.

Walter was born in Pittsburgh on Oct. 16, 1941 to Walter N. and Ruth (Lewis) Hehman, grew up in the Knoxville area of Pittsburgh and graduated from Carrick High School in 1959. He married Barbara Ann Young on Sept. 2, 1967. He worked in the family floral business at Frank F. Hehman and Son’s until August of 1969.

He attended University of Pittsburgh, Duquesne University and received his A.B. from Geneva College.  He earned his M. Div. at Pittsburgh Theological Seminary in 1974.

He served churches in Georgetown, West Bridgewater, Beaver Falls, Connoquesnessing/Renfrew, and Brockway, PA. Walter served on the Butler District Board of Ordained Ministry and on The Town and Country Ministries. Following his retirement in 2006, he served as part-time chaplain at Orchard Manor.

He loved gardening, reading, camping and spending time at the beach.

He is survived by his wife Barb at home, a daughter Jodi Ozmun of Butler, and a son Walter, Jr. “Wally” and wife Sereina of Ellwood City, PA,. Also surviving are six grandchildren, Alexandra Soule, Gavynne, Connor, Aiden, Jorgia, Ozzy Hehman; a great-granddaughter, Penelopea Hehman; two sisters, Jeanne Hehman of Grove City and Carol Probst of Pittsburgh. He was preceded in death by his parents and granddaughter Harleigh Hehman.

A public “Celebration of Life Service” will be held at a later date. A private family funeral will be held in Cunningham Funeral Home, Inc., 306 Bessemer Ave., Grove City, was on Monday, March 23, 2020, with burial in  Jefferson Memorial Park, Pleasant Hills, PA.