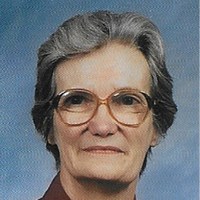 Grace was a graduate of Mount Union College and she received a Masters of Science in Teaching at Colby College, Waterville, Maine. She did graduate work at a number of universities. She retired from Grove City College where she taught Biology from 1967 to 2002. Previously she taught high school in Ohio for 5 years.

Grace was an active member of Grace United Methodist Church. She participated in many church activities including the Western PA Annual Conference sessions, where she served for many years on the health team.

Grace was the oldest living recipient of the Florence E. Mackenzie Award.

A memorial service will be announced and held in Grace United Methodist Church at a later date. Online condolences at cunninghamfhgc.com