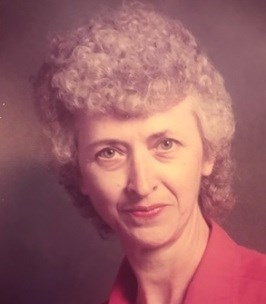 Carolyn June Hartley, 89, of Brookville, PA, died during the early morning hours of Sunday, April 26, 2020. Carolyn served as Director of Christian Education at the First United Methodist Church in Sharon, PA from 1955 to 1957, and was consecrated a Diaconal Minister in the Western Pennsylvania Annual Conference. She retired in 1988.

Born on January 24, 1931 to the late Homer Farran and Chessie Hazel (Mangum) Callaway in Clinton, OK, in 1949 she graduated from Marlow High School in Marlow, OK, where she earned the titles of Homecoming Queen and Best All-Around Girl. She attended the Oklahoma College for Women in Chickasha, OK during the 1949 – 1950 academic year. She received a Bachelor of Science in Education from the Southern Methodist University in Dallas, TX in 1953. She was treasurer of the Delta Gamma Sorority during her time at SMU. The following year, she received her Master of Arts in Religious Education at Scarritt College in Nashville, TN. She also took a graduate course in Psychology at Penn State in DuBois, PA.

She married Harold VanFleet Hartley, Jr., PhD on March 31, 1956 in Marlow, OK; Harold survives her. She was an instructor at Clarion State College at both the main and Venango campuses from 1965 to 1975. She worked as a teacher at Clarion-Limestone Area High School from March 1977 to June 1978. She was also the Director of Christian Education at the First United Methodist Church in Franklin, PA 1981 to 1985. Carolyn seved on the Olmsted Manor Board from 1974 to 1985 and was vice chair in 1977. Carolyn was Director of Children’s Work for the former Erie Conference of the Methodist Church from 1958 to 1959 and served on the Western PA United Methodist Conference Board of Education from 1973 to 1976.

From 1963 to 2011, she was an volunteer at the First United Methodist Church in Clarion, PA serving as Director of Christian Education, Trustee, Children’s Coordinator, Church School Teacher, Nominating Committee, Commission of Education and Youth Coordinator. Carolyn was also Conference Director of Children’s Work for the former Erie Conference for the Methodist Church from 1958 to 1959.

Carolyn held memberships at the Brookville First United Methodist Church, the Jefferson County Democratic Committee and the Jefferson County Historical Society. She was a former member of the Order of the Eastern Star and the Thursday Variety Club in Limestone, PA. Carolyn enjoyed gardening, sewing, needlework and quilting. She was also a pianist and enjoyed singing solo.

Carolyn enjoyed camping trips with the family, covering from Maine to North Carolina and visiting State and National Parks and monuments. In retirement, Carolyn and Harold traveled extensively to all 50 states and abroad. Her favorite trips were to visit family from Alaska to Virginia and on to Germany.

She managed the family’s oil and gas interest in Oklahoma and Texas. Carolyn worked with her husband and sister-in-law and brother-in-law (Marion and Jim Little) to maintain and restore the Hartley Family Ancestral Home in Lenoxville, PA. With her husband, she helped to manage 125 acres of forestry land (including four timber sales), a blue stone quarry, and negotiated a Marcellus gas lease.

In addition to her parents, Carolyn was preceded in death by one daughter, Carol Lin Hartley who died on June 29, 2014. A memorial service is anticipated sometime after social distancing requirements are lifted.

In lieu of gifts or flowers, please consider contributing to the Clarion University Stephens Scholarship. Arrangements have been entrusted to the McKinney - d’Argy Funeral Home, 345 Main Street, Brookville, PA 15825. Online condolences and other information may be found by visiting www.mckinneydargy.com