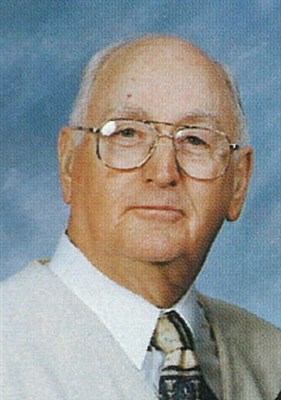 The Reverend Darell "Bud" D. Harris, 92, native of Oswayo, PA passed away peacefully from natural causes at his daughter's home in Cooperstown, PA on December 16, 2020. He was born to Carl R. Harris and M. Lucille (Brizzee) Harris on May 4, 1928.

At age 15, Darell found Christ and eventually went into full-time Christian ministry. As a young adult he worked as a driller in the oil and gas fields, and later as a welder at the Air Preheater in Wellsville, NY. He served in the US Army from 1950-1952; stationed in Germany. In 1952, Darell married Elaine F. Loucks. From 1960-1998 Darell and Elaine served in pastoral ministry under the American Sunday School Union, the Evangelical United Brethren Church; the United Methodist Church, and the Wesleyan Church.

Known for his faithful service to the Lord, Pastor Harris delivered biblical messages spiced with many of his own experiences and illustrations. Evangelism and world missions were at the center of his ministry. Even in retirement he continued until almost the age of 90 to minister through pulpit supply and two home Bible study groups. He loved reading and telling stories; in recent years, he authored his own book filled with stories and life experiences. He also enjoyed hunting, working with horses, making maple syrup, and having a dog at his side.

There was a private graveside service with a public memorial at a location and date to be announced. Arrangements are under the direction of Olney-Foust Funeral Homes & Crematory, 621 S. Main Street, Ulysses, PA