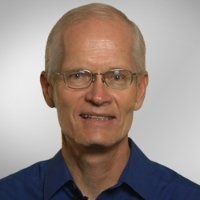 Hampson left Galloway to study for his PhD, and began working as director of ministry relations at Arkeo Online Discipleship Training in 2011. Later he also  joined the adjunct faculty of The KIngs Seminary in Dallas/Ft. Worth, where he was voted Adjunct Professor of the Year.

In Western Pennsylvania, Rev. Hampson served Rouseville  UMC from1985-1991 and as an associate at Dutilh UMC from 1991-November 15, 1993, before being appointed to Galloway.

He is survived by his wife Kathy and daughters Christina Newton (John), Stephanie Hampson, Tiffany Hampson, and grandson Everett Newton. Also surviving is his father, Jack Hampson, of the Clay Gardens in Zanesville, and two sisters, Bev LeMaster (Lou) of Zanesville and Val White (Keith) of Drums, PA. He was preceded in death by his mother Ann Hampson and his step-mother Carol Hampson.

Dave has influenced hundreds of people over the years as he has been a loving husband, father, brother, pastor, teacher, and friend. Our loss is God's gain.

Memorial Services will be held for Dr. Hampson at later date. Memorial contributions may be made to Reach One Touch One Ministries, PO Box 64186, Colorado Springs, CO 80962 or www.reachone-touchone.org in David's memory. To send a personal condolence or the sign the guestbook please visit www.hilliscombsnestor.com. The Hillis, Combs & Nestor Funeral Home is assisting the family.