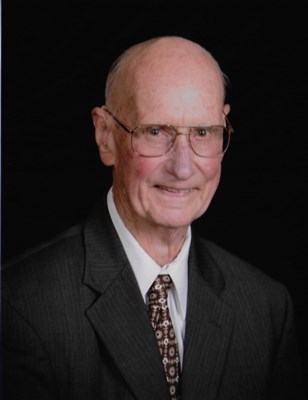 Born May 29, 1918 in Summit Twp. the son of Alvin and Elsie Gnagey, he was preceded in death by his parents; brothers Glenn, Bruce, Max, and Clay Gnagey, Merle Murphy; and sister Helen Fike.

A U.S. Army veteran of World War II, he was a graduate of the University of Pittsburgh and Pittsburgh Xenia Theological Seminary, now the Pittsburgh Theological Seminary. He began his career in 1954 and served the following United Methodist charges: Somerset, Sarver, Clearfield, Big Run, New Brighton, and he retired as Pastor Emeritus from the First United Methodist Church, Meyersdale. He loved to garden and work on cars.

Friends were to be received at Price Funeral Service in Meyersdale from 2 - 8 p.m. Wednesday, March 14 and from 10 a.m. until the 11 a.m. funeral service March 15 at First United Methodist Church in Meyersdale, with with Rev. Jeri Penrod and Rev. Mardiann Vincent officiating. Interment will be at St. John’s (Temple) Cemetery. Military honors were to be provided by the Somerset County Honor Guard at the church.

Memorial contributions may be given to In Touch Hospice or St. John’s United Methodist Church, Meyersdale.