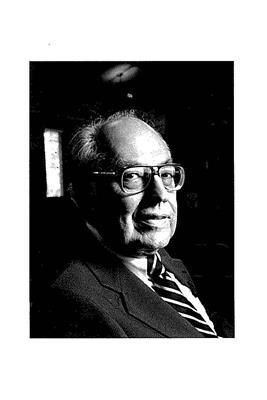 Richard Rodda Gay passed away peacefully on Aug. 13, 2017, in Bend, Ore., surrounded by family members. Rev. Gay served as an associate pastor at First Methodist Church in Pittsburgh from 1946-1950, then joined the faculty of Ohio Wesleyan College.

Born on May 23, 1920, to Thomas Ward Gay and Lydia Reaver Brower in Phoenixville, Pa. He graduated from Phoenixville High School in 1938. He attended Ursinus College, where he met Averill Virginia Fox. He graduated, in 1942, with a Bachelor of Arts degree, and married Averill in 1943. He went on to receive a Master of Divinity degree from Drew University School of Theology, in Madison, N.J., in 1945.

He began serving Methodist churches in eastern Pennsylvania after graduation from Drew, and moved to First Methodist Church in Pittsburgh, Pa., in 1946, where he served until 1950. While there, he attended the University of Pittsburgh and received his Master of Education degree.

In 1950, he and his family moved to Delaware, Ohio, where he accepted a position as Professor of Religion at Ohio Wesleyan University. He taught there for 10 years. While there, he was also the minister at the Warrensburg Methodist Church in Warrensburg, Ohio.

Rev. Gay was invited to serve on the original faculty of Alaska Methodist University in 1959. Having made a successful career with a speech titled "Life is a Challenge" at baccalaureate services, youth forums, etc., he decided that he could never use that topic again if he turned down this opportunity.

He arrived in Anchorage, Alaska, on Sept. 1, 1960, to begin his career with AMU, where he served as Chaplain and Professor of Religion, Philosophy and Logic. He was with Alaska Methodist University from 1960-1975, and came to serve as Vice President, and eventually, Executive Vice President before he resigned in 1975. He was one of the most popular and sought-after professors. His class, "Man's Religions," had to be held in the auditorium at AMU, because it was the only space large enough to accommodate all of the students registered for the course.

Throughout his time at AMU he also served in many capacities within the Anchorage community, including the Anchorage School Board, Red Cross, the United Way and March of Dimes. Rev. Gay was also the permanent minister for a number of local churches, including St. John Methodist Church - which he established - and the Anchorage Unitarian Fellowship. He was an interim minister for several others.

Through the years, he continued to teach courses at Chapman College and Alaska Pacific University (formerly Alaska Methodist University). He and his wife, Averill, moved from Anchorage to Hope, Alaska, in 1986. He moved to the Pacific Northwest in 2015, to be close to more family members.

He was in demand as a speaker, and could address a widely diverse group, brilliantly articulating his thoughts on an extraordinary range of topics. Within each of Richard Gay's messages was a sense of humanity and a sly use of humor.

He was preceded in death by his parents; an infant brother; his sister, Margery Jane Woodruff; and his beloved wife of 67 years, Averill. He is survived by his brother, Thomas Ward Gay Jr.; his daughters, Judy Blake (Greg Joannides), Patti Thorne (Ron), Sherry Ellis (Glenn) and Jerilee Drynan (Steve); son, Rick; 15 grandchildren; 15 great-grandchildren; nieces and grand-nieces; and nephews and grand-nephews. He is also survived by his loving companion, Doris Lagging.

At his request, there will be no service.