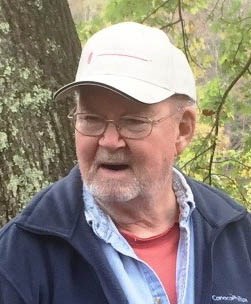 Jack served a tour of duty in the U.S. Army Medical Corps during the Korean Conflict.  He worked for Thrift Plan Finance and Asel’s Cabinet Shop.  While working as a sales representative for Penelec, he received the call into Christian ministry. He attended Clarion University and also United Theological Seminary in Dayton, Ohio.

Jack was a former member of the Mostly Brass Band of Oil City. He loved spending time with his family at his cottage along the Allegheny River and enjoyed watching the Pirates and the Steelers.

He was preceded in death by his parents, and his sister, Barbara Boughner.

Due to the pandemic and current restrictions on gatherings, there will be no public visitation.  A memorial service to celebrate Pastor Jack's life will be held at Grace United Methodist Church in Oil City at a later date, and those details will be announced when restrictions are lifted.

In lieu of flowers, contributions in Pastor Jack’s memory may be made to Grace United Methodist Church, 100 Central Ave., Oil City, PA  16301.
Funeral arrangements are being completed by Hile-Best Funeral Home in Seneca, Cranberry Township.  To express online condolences to the family, please visit www.hilebest.co