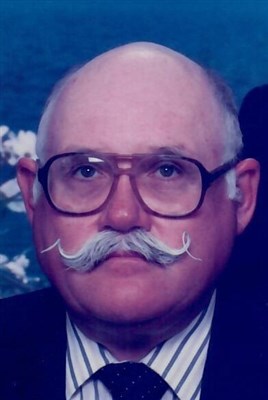 A funeral service for Kenneth R. Foster, 77, of Chicora, who went to be with the Lord Tuesday morning, Dec. 7, 2021, at Armstrong County Memorial Hospital, will be held Sunday, Dec. 12 at Karns City United Methodist Church. He was the surviving spouse of the late Rev. Glea Foster, who served as pastor of the Karns City church from 2002 until her death in November of 2011 after a long battle with cancer.

Kenneth was born in Wattersonville, Armstrong Co. on July 30, 1944.  He was the son of the late James R. and Viola Mae Garris Foster and was a 1962 graduate of East Brady Area High School. A member of the Karns City UM Church, he was a proud U.S. Navy veteran, having served aboard the USS Bennington off the coast of Vietnam.

Ken was employed at Rex Hide Inc. in East Brady, Harbison-Walker in Templeton and, following his retirement, he was a driver for ADESA vehicle auctions. He enjoyed hunting, fishing, and woodworking. An avid automobile enthusiast, he was a proud owner of several Ford pickup trucks and more recently had acquired his much loved Austin Nash Metropolitan.

Ken participated in many ministry activities in various United Methodist churches that his late wife Glea pastored. The couple had been married at the Lawsonham United Methodist Church on August 16, 1969.

Ken is survived by his sister Martha Craig and her husband Allen of Humbolt, TN;  brother-in-law Wade D. Bearfield of Rimersburg; sisters-in-law Geri Foster and Jeanne Foster, as well as 13 nieces and nephews and a number of great nieces, nephews, and cousins.

In addition to his parents and wife, Ken was preceded in death by two brothers, William C. “Bill” Foster and Frederick W. “Fred” Foster, and his father-in-law and mother-in-law, Willis D. and Mabel Swartz Bearfield.

Friends will received at the Hile Funeral Home of Karns City, 128 Main St., Karns City, from 1 – 3 and 6 – 8 p.m. Saturday and at the Karns City United Methodist Church from Noon – 1 p.m. Sunday. The funeral service will follow at the church at 1 p.m. with the Rev. Jim Lewis, church pastor, and The Rev. Glenn Kohlhepp, retired District Superintendent, officiating.  Interment will be in Lawsonham Cemetery, Madison Twp., Clarion Co.

Memorial contributions in Kenneth’s memory may be made to the Karns City United Methodist Church, PO Box 89, Karns City, PA 16041.  Military honors will be accorded at the church by the Chicora and Brady’s Bend American Legion Posts.  Condolences may be sent by visiting www.hilefh.com.