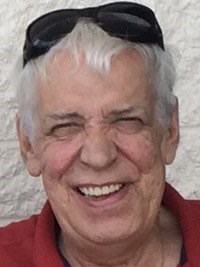 Mick was a veteran of the United States Air Force having served during the Vietnam Era. On June 5, 1993 he married his wife of 29 years, Pamela A. (Kalgren) Ent. She survives.

Mick was employed at the Maple Avenue location of the DuBois Regional Medical Center for 27 years in various capacities and he served as the Pastor at Boone Mountain Emanuel Church from 2006 until 2012. From 2014 until 2020, Mick served as a local pastor in the Glasgow Larger Parish and, most recently, the Grampian Charge.

In addition to his wife, he is survived by his daughter Sandra E. Ent of DuBois, PA, and two sisters, Denise Thompson of Brookville, PA and Mary Anne Whetstone of Bedford, PA.

He was preceded in death by one brother (Derald “Bud” Ent) and his step-father (James L. Case).

Visitation will be held on Thursday, May 26, 2022 from 4 to 7 p.m. at the Baronick Funeral Home & Crematorium, Inc.  A funeral service will be held on Friday, May 27, 2022 at 1 p.m. at the funeral home with Pastor Jodie  Smith and Pastor Robert Zilhaver co-officiating.

Full military honors will be accorded by the members of the DuBois Area Honor Guard from the funeral home. Burial will take place in Chestnut Grove Cemetery.

Memorials may be made to The First United Methodist Church, 100 West Long Ave., DuBois, PA 15801.