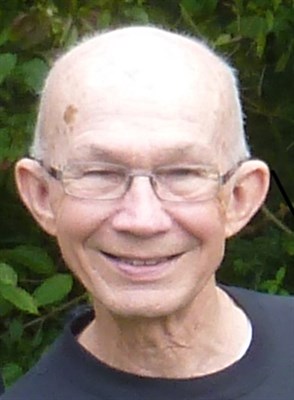 Rev. Jack Eugene Elder, of Edinboro, a retired associate clergy member of the Conference, went to be with the Lord on August 19, 2018.

Born on August 17, 1934 in Sligo, PA, Jack graduated from Sligo High School in 1952. He attended Clarion University, then worked odds-and-ends jobs while attending Grove City College, where he later was received as an associate clergy member of the Western PA United Methodist Conference. He served numerous churches, including Stanton UMC, Fredonia UMC, Linesville UMC, Oakview UMC, Fayette City UMC, and Clintonville UMC. He retired from active ministry in 1997. Jack was a servant of the Lord and spent his life as His best disciple. Attending church was always important to him, especially his most recent church, Edinboro UMC, where he made many friends who became family.

After retirement, Jack and his wife Nada moved to Edinboro. Jack then worked as a custodian at Edinboro Elementary for 15 years. He also worked with his son in his painting business. Jack had a smile that was contagious, and took pride in living an altruistic lifestyle every day. He loved those around him and adored his family and friends. He enjoyed going for walks, sitting on the back porch swing, working in the yard, watching the Pittsburgh Steelers, eating sweets and joking with family and friends.

Friends may call at Edinboro United Methodist Church, 113 High Street, Edinboro, on Sunday, September 2, 2018 from 3 to 4 p.m., and are invited to attend a memorial service there at 4 p.m. with Rev. Lisa Grant officiating.

The Glunt Funeral Home and Crematory, Inc., Edinboro, is in charge of funeral arrangements.

Burial will be in Edinboro Cemetery. Memorials may be made to Edinboro United Methodist Church or to All God's Children Ministries,www.allgodschildrenministries.org. To send condolences please visit gluntfuneralhome.com.