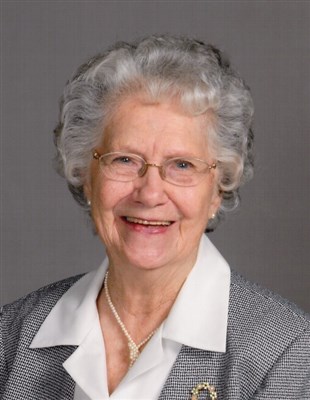 She lived as a Pastor's wife with her late husband Rev. Merritt W. Edder in Marion Center and Greensboro Indiana, before returning to Pennsylvania, living in Tionesta and Ridgway, returning to Erie in 1981 following the death of her husband Mert. She had been a resident of the Wattsburg (Phillipsville) area since 1983 when she married her second husband, Richard S. Thompson, recently moving to Girard.

Born May 14, 1931 in Renovo, PA, a daughter of the late Ray D. and Blanche C. (Pelkey) Gregory, as a young girl she lived in Bitumen, PA and later graduated from Renovo High School 1951. Following high school, she worked for the Sylvania Corp. in Emporium, PA, moving to Erie in 1957. Sylvia furthered her education at Jefferson County Technical School, where she received her Licensed Practical Nursing degree in 1976. She worked as an LPN for Dr. Young C. Fan in Tionesta and at the Elk County General Hospital in Ridgway. She retired from Hamot Medical Center (now UPMC Hamot) in 1995 and later volunteered at St. Paul's Clinic in Erie.

Sylvia was a longtime member of the Phillipsville United Methodist Church, where she was active in the Administrative Board, Board of Trustees, Pastor Parish Relations Committee, Lay Speaker and Sunday School Teacher. She was also a member of Hamot Retirees Association.

Friends were received on Friday, May 28 at the Girard Alliance Church, 229 Rice Ave., Girard and were invited to attend the funeral service on Saturday at the Wesley United Methodist Church, 3308 South St., Erie, PA 16510 at 10 A.M. with Rev. Terry Snyder officiating.
Burial will be in the Wintergreen Gorge Cemetery.

Funeral arrangements are under the direction of Edder Funeral Home Inc., Girard. To send condolences go to edderfuneralhome.com.