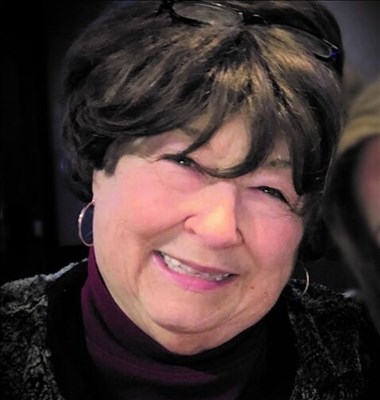 On Tuesday, September 8, 2020, Sandra Jean Dran, of Washington, passed from this world and into the arms of her God at the age of 73. She was born May 27, 1947, in Washington, a daughter of the late James and Helen Sumney.

Sandy is survived by her husband, the Reverend George Dran; her two children, James Dran of Monaca and Charity (Bryan) Isaac of Annapolis, Md.; her three grandsons, Garion Dran (Haylie Flanery), and Matt and Jacob Isaac; and her sisters, Nancy Crafton and H. Ruth Sumney-Goucher; as well as many nieces and nephews.

A graduate of Trinity High School in 1965, Sandy had a passion for singing and starred as the female lead in its musical, "Brigadoon." She then attended California State College, earning a Bachelor's degree in Elementary Education in 1971. She also worked as a preschool/nursery school teacher, nurse's aide and substitute teacher.

Through the years, Sandy touched the hearts and lives of many within the seven churches she attended. She shared her talents in a multitude of ways: singing, directing choirs, leading bell choirs, playing the organ or piano, meeting with United Methodist Women's groups, organizing vacation Bible schools, starting up the Care and Share Thrift Shop, covered dish dinners and so much more. No matter what the activity, Sandy always made time for everyone, lending an ear and offering encouragement.

When Sandy, an avid reader, wasn't engulfed in the latest novel by James Patterson or Fern Michaels, she could be found getting caught up on episodes of General Hospital. She enjoyed planting, and her house was always decorated with beautiful flowers and arts and crafts, which celebrated the current holiday season, the most impressive being her collection of snowmen she had amassed over the years. Sandy was always a "dog person" and spoiled her beloved Sean and Sparky as well as her four granddogs, Clover, Harry, Kayla Grace and Coco.

Sandy adored spending time with her grandsons. She was their biggest cheerleader, no matter what the sport, and they loved hearing her in the crowd. Many wonderful memories were made playing board and card games, doing craft projects, and just being together, especially in Potter County, aka "God's Country."

Sandy left her mark upon every heart she touched, but none more so than her husband George. They met at Trinity High School and were married in 1967. Throughout their 53 years of marriage, whatever they did, they did together, from playing rounds of golf to attending conferences and directing summer camps at the Jumonville United Methodist Camp and Retreat Center. Their love is best summarized with the words of Anne Bradstreet:

"Then while we live, in love let's so persevere,
That when we live no more we may live ever."

We all will miss you dearly.

Due to Covid-19 concerns, a service will not be held at this time.
Memorial donations may be made to Avery United Methodist Church, 1100 Gabby Avenue, Washington, PA 15301.
https://www.averyunitedmethodistchurch.org/give-online

Simpson Funeral and Cremation Services, 1119 Washington Avenue, Monaca, has been entrusted with her care.