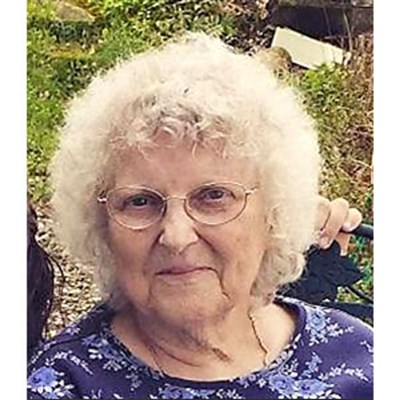 Mathilda Ruth Cunningham was born on March 17, 1933 in Merced, California to the late Rev. Harold and Lois (Chalfant) Cunningham and passed away October 13, 2022 in Elyria, Ohio.

She grew up in California, Pennsylvania, and Ohio, graduating from Berea High School and Baldwin-Wallace College. She received her Master's in Religious Education from Boston University's School of Theology. It was there that she met her husband, the late Rev. Gerald H. Murphy and they married in 1956.

Mathilda was actively involved in liturgical drama, children, youth, and adult choirs, and as church organist while Jerry served Methodist churches in Williamsport, Beaver, Zelienople, Fox Chapel and at Wesbury in Meadville, PA. She also wrote for several religious publications and created Sunday school material for the Methodist Church.

Mathilda first went to Chautauqua Institution in 1945 and it became a very important place to her and her family. She enjoyed the variety of lectures and concerts each season, was a graduating member of the CLSC book club and sang in the choir. In 1966 she took a handweaving class at Chautauqua and that turned into her creative passion. She taught handweaving at Chautauqua for over 20 years as well as in her home and at Jumonville's Creative Arts Camp.

One of her weaving interests was liturgical pieces and her commissioned paraments, stoles and banners reside in many places including Stone UMC, Jumonville Training Center, Wesley UMC and the Hall of Philosophy at Chautauqua Institution.

She is survived by her daughter Aimee and son Michael, 6 grandchildren, 2 sisters, and nephews and nieces.

Family will receive friends at the ROBERT W. WAID FUNERAL HOME, 581 CHESTNUT ST., MEADVILLE on Friday, October 21st from 5-7 p.m. A celebration of music and scripture will be held at Stone UMC, 956 S. Main St., Meadville on Saturday, October 22nd at 9:00 a.m. with internment at Chautauqua Cemetery, Chautauqua, NY following the service.

In lieu of flowers, memorials may be made to Chautauqua Institution or the Alzheimer's Association.