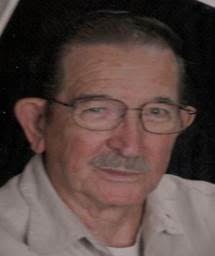 He was born on Nov. 27, 1936, in New Castle, to the late Ralph and Marie Johnston Cooper. At a young age after his mother’s death, he and his youngest brother, Alan, were raised by the late Sam and Vivian Phenecie.

He married Nancy Seibold on May 16, 1964. She was the love of his life and together they raised five children.

Rev. Cooper was licensed to preach in 1970 and served State Road and  Mt. Hope/PineGrove/Black Ash UM churches as a licensed pastor before graduating from Allegheny College in 1976. He then earned a master of divinity degree at United Theological Seminary in Dayton, Ohio.  He was ordained a deacon in 1978 and an elder in 1981.  He served as pastor of congregations including Fairmount/STrongsville, the Cherry Tree Circuit, Alum Bank, Purchase Line and Mill Run from 1970 until 1993.  He retired in 2002.

Jim attended Linesville First Baptist Church. He also enjoyed teaching. He loved woodworking and made many beautiful pieces. He coached teener league baseball and loved telling stories about it. Jim loved spending time with his wife.

He was preceded in death by his parents; brother Kenneth Cooper; sister Shirley Roberts; and two brothers-in-law, Keith McVickers and Dawson Roberts.

A memorial service will be held at 11 a.m. on Jan. 9 at Linesville First Baptist Church, 6114 U.S. Highway 6, Linesville, with Pastor Joel Weck, senior pastor, officiating. The family was to receive friends from 10 a.m. until the time of service at the church.

In lieu of flowers, memorial contributions may be made to Calvary Baptist Christian Academy, 543 Randolph St., Meadville, Pa. 16335; or the Regional Home Health and Hospice, 2564 Village Common Drive, Erie, Pa. 16506.