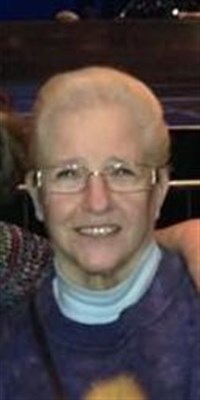 Pastor Valerie Conrad-Dembinsky, 70, of Windber, a long-time local pastor in the Johnstown District, passed away February 4, 2020 at Richland Healthcare and Rehabilitation. A funeral service was scheduled for 11 a.m., Friday, Feb. 7 at the Meek & DallaValle Funeral Home in Windber.

Born Oct. 28, 1949 in Windber, she was the daughter of the late George and Reba P. (Graham) Conrad. She is survived by her loving husband of 45 years Daniel D. Dembinsky and her cousin Linda Statler of Windber.

Valerie earned her bachelor's degree from the University of Pittsburgh at Johnstown and graduated from Wesley Theological Seminary in Washington D.C.

A member of Calvary United Methodist Church in Windber, she served several United Methodist churches in the area as a pastor, most recently serving as an associate at the United for God Charge. She began serving as a part-time local pastor at Faith UMC in Johnstown in 1997 and continued in ministry with other congregations, including the JUMP charge. She served as senior pastor of Lilly and Wilmore UMCs from 2007-2015, when she was appointed senior pastor of Johnstown:Trinity UMC, where she served until June 30, 2019.

Visitation will be held from 2-4 and 6-8 pm Thursday, Feb. 6, at Meek & Dalla Valle Funeral Home, Inc., Windber, where an Eastern Star service will be held at 7:00 pm. Funeral will be held at 11:00 am, Friday at the funeral home with the Rev. Heidi Helsel, officiating. Interment was to be Berkey Cemetery, Windber.