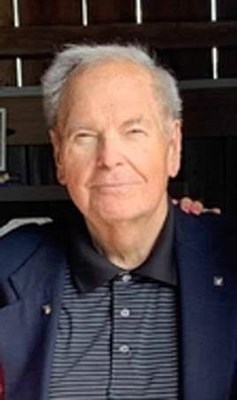 As a youngster, Ted was active in the Boy Scouts, earning his Eagle Scout award in 1961. Ted graduated from Fort LeBoeuf High School in Waterford in 1961, and went on to attend Allegheny College. While there, he accepted an appointment to serve as a student pastor at Bethel United Methodist Church in Titusville.

Ted married the late Donna Peterson Cole in 1965. Together, they had two beautiful children: Amy and Aaron.

Ted enlisted in the United States Air Force in 1965 as an Administrative Specialist, earning the Viet Nam Service Medal and the Air Force Commendation Medal. He was discharged in 1972 and returned to Allegheny College, graduating from there in 1975. He attended Pittsburgh Theological Seminary and graduated with a Master of Divinity degree in 1976 and his Doctor of Ministry Degree in 1991.

Ted went on to serve a number of churches throughout the Western Pennsylvania Conference of the United Methodist Church. These appointments included: Somerset Grace UMC; Wattsburg and Phillipsville UM churches; Ellwood City UMC; and Oil City Trinity UMC, from where he retired in 2001.
After retirement from full-time ministry, Ted accepted a half-time position at Edinboro United Methodist as Pastoral Assistant. His passion while serving in this capacity was teaching Bible with a specialty in first century Christianity. Ted was active in the Barbershop Harmony Society, singing in the Venango and Meadville barbershop choruses.

In addition to his parents, he is preceded in death by his wife Donna, his sister Donna Hadzega, and his brother Lloyd Cole.

Ted is survived by his children - Amy Williams and husband Charles, and Aaron Cole and wife Kimberly. He is also survived by his special grandchildren - Sarah Honsaker and fiancé Matt Smith, and Tayhjal Williams; two sisters - Barbara Hadzega of North East, and Kathy Rohrer of Waterford; and a brother, Larry, from Bear Lake.

Friends and relatives are invited to attend a memorial service on Saturday, January 21, at 12:00 noon, at Edinboro United Methodist Church, and to share in a meal immediately following in the church social hall. In lieu of flowers, donations may be made to the Erie United Methodist Alliance at https://euma-erie.org/. Arrangements by Van Matre Funeral Home of Waterford, and condolences may be shared at www.vanmatrefuneralhome.com.