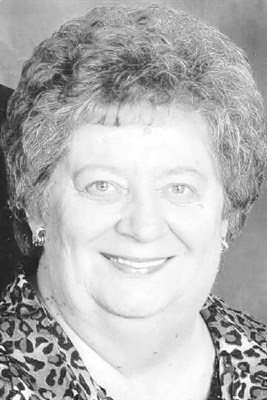 After a courageous battle with cancer, Donna Jean Peterson Cole, wife of the Rev. Dr. Ted Cole, passed away on Thursday, March 2, 2017. Donna was born on July 13, 1945 in Corry, PA. She is the daughter of the late Walter and Naomi Peterson of Titusville.

In addition to her parents, Donna was preceded in death by her late grandmother, Mrs. Lafe Peterson, whom she dearly loved. She is a graduate of Academy High School in Erie and served as a nurse’s aide at St. Vincent Hospital in Erie in 1966.

In 1966, Donna married the love of her life, the Rev. Dr. Ted Cole of Mill Village, PA. They recently celebrated their 50th wedding anniversary.

Donna is survived by a daughter, Amy (Charles) Williams, and a son, Aaron (Kimberly) Cole, both of Erie, PA. There are two grandchildren, Tayhjal Williams and Sarah Honsaker. She is also survived by a brother, James (Paulette) Peterson of Cape Coral, FL, as well as many nieces and nephews.

Donna was a crafter and a wedding flower decorator. She was a member of Edinboro United Methodist Church.

In place of a funeral service, a memorial service to celebrate Donna’s life is planned for Sunday, March 12 at 2 p.m. at Edinboro United Methodist Church. A reception and light refreshments will follow the service.