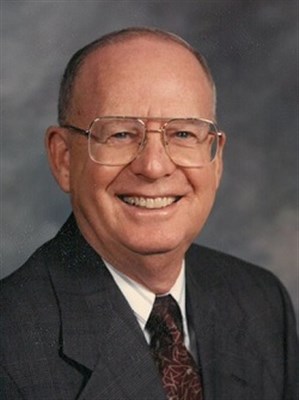 Arlie D. Cassiday, 92, who served Evangelical United Brethren and United Methodist congregations from 1954 until 1986, died Saturday, February 20, 2016 at Wellbrooke of Wabash in Wabash, IN.

Born October 16, 1923 in St Marys, Ohio to Leo James and Edith (Gorham) Cassiday, Arlie was a 1943 graduate of Wabash High School, received his BS from Manchester University in 1951, and graduated from the United Theological Seminary in 1954. He was a WWII US Navy veteran, and enjoyed building furniture.

Arlie married Verda Spangler in Pitcairn, Pennsylvania on August 15, 1953; she died in May of 1983. He then married Patricia (Lazear) Morrison in Pittsburgh, on September 22, 1984.

After graduating from seminary, Arlie was ordained in 1954 and served as a pastor for 32 years in three different charges: Hooverville from 1954-1965; Penns Woods from 1965-1976; and Carnegie from 1976-1986, when he retired from active ministry.  He had the ability to attract people due to his kindness, humble nature, and genuine concern for others. Arlie left the world a better place because of his service to Christ and love for his family.

He was also preceded in death by his parents, brother, Everett Cassiday, and sisters, Jean Ann Cassiday and Jesse Nash.

The family suggested memorial donations be made to the Leukemia & Lymphoma Society, 9075 N Meridian St #150, Indianapolis, IN 46260. The memorial guest book for Arlie may be signed at grandstaff-hentgen.com.