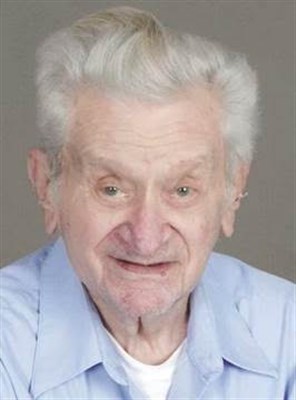 Robert Gordon Casler, 94, of Erie, passed away on Tuesday, July 20, 2021, at Saint Vincent Hospital with his family at his side.

Robert was born at home on Dec. 9, 1926, in West Clarksville, New York, a son to LeRoy and Helen Ward Casler.

After his high school graduation, Robert attended Houghton College where he majored in Music Education focusing on piano and voice. He served our country in the U.S. Navy as a First Class Seaman and in the Active Guard Reserves.

Robert married Betty Lou Lamb Casler on May 25, 1947. He became a minister and served his Lord for 42 years, retiring in 2001. He served as a pastor in the Erie Conference of the EUB church from 1961 and continued in the Western PA Conference of the UMC until 1974.  Over the years, he served as a suicide prevention Counselor, EMT, Fire Chaplain, Assistant Pastor, volunteered for the American Red Cross and Court Appointed Special Advocates (CASA), ran a personal care home, and preached in numerous churches. He taught himself to play the pan flute and knew sign language. His life was spent serving.

He was preceded in death by his loving wife; cherished son Raymond “Sam” Casler; his parents, and brothers Richard, Raymond and Russell Casler.

Services will be held at the convenience of the family. Arrangements are entrusted to the Burton Quinn Scott Cremation & Funeral Services Inc. Downtown, 602 W. 10th St., Erie PA 16502.