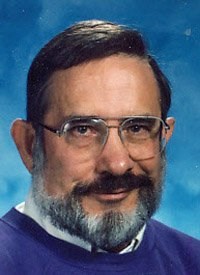 John retired after 30 years of teaching and coaching baseball and basketball in Illinois. He served as United Methodist pastor for 25 years, first as a local pastor in the Central Illinois Conference before moving to Western PA in 1996, when he was ordained and received as an Associate Member.  He served several churches until his retirement in 2006, then served 6 years in retirement as an associate at Lakeside United Methodist Church in DuBois, PA.

In addition to his wife, he is survived by his children (Robin Price & her husband Michael, Rob Bullock & his wife Kim, Jackie Adams & her husband Steve, Sheryll Elzer & her husband Chris and Dawn Toberman), 13 grandchildren and numerous great grandchildren. He was preceded in death by a daughter, Roberta Bullock.

There will be no public visitation. A funeral service will be held on Monday, February 28, 2022 at 1 p.m. from Treasure Lake Church with Pastor Bob Capelle and Pastor Joni Williams co-officiating.

The Baronick Funeral Home & Crematorium, Inc. is in charge of arrangements.