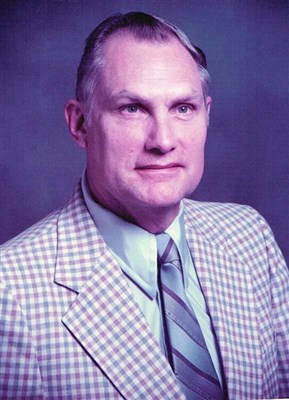 The Rev. William L. Brown, 91, who served as executive director of the Wesbury United Methodist Community in Meadville from 1977-1993, died Monday, November 27, 2017 at the Cleveland Clinic, Avon.

Born in East Mecca, Ohio January 25, 1926 to Emerson W. and Helen G. Lewis Brown, he married Carolyn A. Barch on August 1, 1975. She survives. He was a 1943 graduate and Salutatorian of Bristol High School, Bristolville, Ohio and was a Veteran of World War II, serving in the Army Air Corps on a B29 bomber in the Asiatic Pacific Theater. Following the war he graduated in 1950 from The Ohio State University with a bachelor's degree in Sociology. While at Ohio State he served as President of the OSU Wesley Foundation. He then earned his bachelor and master's Divinity degrees from Garrett Theological Seminary in Evanston, Illinois.

He served as an Assistant Administrator of the Copeland Oaks Retirement Community in Sebring, Ohio and then came to Meadville  as the Executive Director of Wesbury United Methodist Community in 1977, a position he held until his retirement in 1993. In retirement, he continued his ministry as the Stone United Methodist Church Visitation Pastor until he and Carolyn moved closer to family in Elyria in the early 2000's.

While in Elyria, he served as Visitation Pastor at First United Methodist Church and was active within the Wesleyan Village community, including serving as President of the Resident's Association.

Arrangements were under the direction of the Waid-Coleman Funeral Home, Inc., 12422 Conneaut Lake Road, Conneaut Lake, where memories and condolences may be shared at www.waidcolemanfh.com