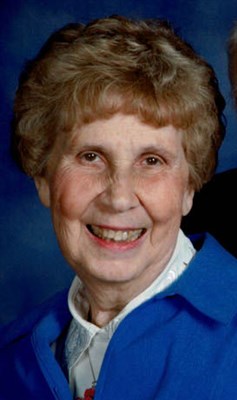 Carolyn was a 1950 graduate of John Marshall High School, Cleveland. In high school, Carolyn was active in music, drama and athletics. She was a high school broad jump champion, taking second in the state and was known for her musical talent through her performances in band, choir and plays. In 1953, she received her music performance degree from the Cleveland Institute of Music.

Carolyn loved music. She taught voice and directed choirs for over 50 years, appeared on a weekly drama radio program on Cleveland radio, performed in numerous musicals and was a judge of various musical performances. She served as program director at the YMCA in North Canton and was a certified recreational therapist in Alliance.

For the past 10 years in Elyria, she was a member of Elyria First United Methodist Church and was active within the Wesleyan Village community as a resident volunteer, member of the bell choir and served on the Spiritual Outreach Committee.

Carolyn had an infectious smile and witty personality. Her family will especially miss her playful spirit, competitive nature and her ingenious way to have fun and entertain. She was selfless and mindful of her family's needs. Her life was centered on God, family and friends and her memory will be cherished by all she touched.

In addition to her parents and husband, she was preceded in death by a sister, Janis Verga and brothers, Kenneth W. Neuberg and Ronald O. Neuberg.

A private family Chapel service will be held at Roselawn Memorials Gardens, Meadville officiated by The Rev. Sarah Roncolato, Pastor of Stone United Methodist Church, with entombment to follow. A memorial service will be held Sunday, August 12, 2018 at 1 P.M. at Wesleyan Village, 807 West Avenue, Elyria.