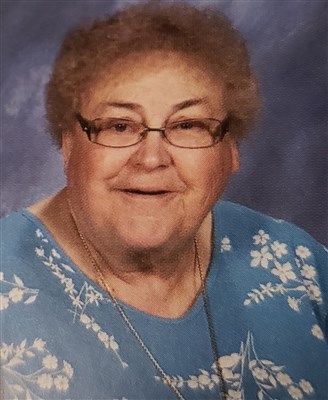 Rev. Arlene R. Bobrowicz, 84, entered into new life May 21, 2020 at home in Portage. She was serving in retirement as pastor of Wesley UMC in South Fork.

Born June 18, 1936 in Butte, MT, the daughter of John and Muriel (Prisk) Smith, Arlene was preceded in death by her parents and husband Joseph. She is survived by her son Daniel M. his wife, the former Carrie Lamar, grandson Anthony J. and wife Olivia, all of Philadelphia.

Arlene was an Army veteran, and since 1994 served as a pastor of United Methodist churches. They include the churches of Mt. Olive, Strongstown, Belsano, Twin Rocks and Wesley United Methodist in South Fork. She served at Wesley from 2001-2006, when she officially retired from active ministry, but she continued to serve as pastor until June 30, 2018. In February 2020, she again answered the call to serve as pastor at Wesley.

Rev. Bobrowicz did pastoral work at Conemaugh Memorial Medical Center, was a member of Tres Dias, the Conemaugh Ministerium, a pastoral group in the northern area of the Johnstown District. She also served on District Mission Committee, the Conference Board of Church and Society, and was a local coordinator for the Salvation Army and Red Cross.

Due to Covid 19, funeral services will be private. Interment will be at Forest Lawn.

In lieu of flowers, families ask contributions be made to Wesley United Methodist Church, South Fork or the Salvation Army. The Bobrowicz family is being served by the Jean H. Kinley Funeral Home, Portage.