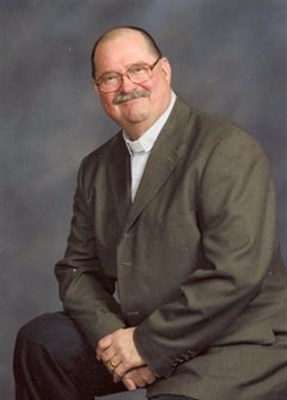 He was a proud veteran of the U.S. Army, serving with the 1st Air Cavalry as Crew Chief of a Chinook (CH-47) Helicopter, during the Vietnam War. He was awarded the Purple Heart for wounds he received when his helicopter was shot down over Vietnam. He was also a recipient of the Vietnam Service Medal with 5 Bronze Stars, the VCM Medal with 60 Devices, Army Commendation Medal  w 1 Oak Leaf Cluster, Air Cavalry Brigade (T), 3 Over Seas Bars, the Good Conduct Medal and the National Defense Service Medal and attained the Rank of Specialist 5th Class (Sgt).

Born May 21, 1947 in Johnstown, a son of the late Gilbert and Alice Murphy Bell, David was a loving husband, father and grandfather to his family and a friend to all who knew him. He is gone from our lives, but will forever remain in the hearts of those who knew and loved him.

His survivors include the Rev. Audrey J. Bales Bell, his loving wife of 47 years, whom he married April 20, 1969; two sons, Rev. Dr. David A. “Drew” Bell and his wife Sally of Franklin, Pa, and the Rev. Dr. Jonathan R. Bell and his wife Anne of Tionesta, Pa., and grandchildren Reed, Jackson, Asher and Tobin Bell.

David also leaves behind his brother Russell Bell and his wife Janice of Greensburg and a number of nieces and nephews. He will be greatly missed by his furry “Kids” Zena and Simon.

In addition to his parents, David was preceded in death by two brothers Gilbert and Donald Bell.

A gathering of family and friends was scheduled from 2-4 and 6-8 p.m. on Monday, Nov. 21 at the Frank Kapr Funeral Home, Inc. 417 W. Pittsburgh St. Scottdale. A memorial service was set for 11 a.m., Tuesday, Nov. 22 at the funeral home, with his sons Rev Dr. David A. Bell and Rev. Dr. Jonathan R. Bell, co-officiating, followed by Full Military Honors accorded at the funeral Home by the Southmoreland Veterans Association Honor Guard.