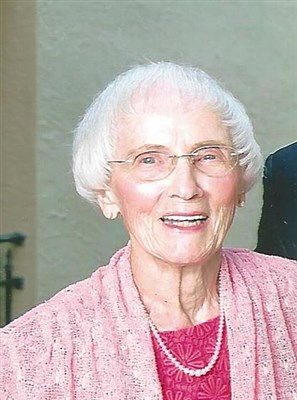 Ruth lovingly and devotedly served as a pastor’s wife for 66 years.  During that time she always sang in the church choir, sometimes directing and occasionally developing a youth choir, always sharing her joyous spirit with everyone as a friend and confidante.  The Ankenys served churches in Western Pennsylvania, including Mount Jewett/Hazelhurst, Edinboro, New Castle Epworth, Trinity McMurray, Slippery Rock, Arnold 1982-1987 and Wesley in Connellsville before Rev. Ankeny retired in 1995. After moving to Florida, they served Wagg Memorial UMC in West Palm Beach for eight years.

A graduate of Cambria-Rowe Business College, from 1970 until 1995, she worked as secretary for a nursing administrator, hospital administrator and a doctor's medical staff.

Ruth always had a special love of children, which increased four-fold in recent years of living with Alzheimers.

In recent years, she had arthritic deterioration of her knees which could not be replaced because she was a poor surgical risk.  She was diagnosed with Alzheimers disease in 2011.  On the day before her 88th birthday (Feb. 29, 2017), she had a stroke and entered hospice care until her very peaceful death to this life with the assurance of a life with no restrictions in the everlasting Presence of our eternal Father.