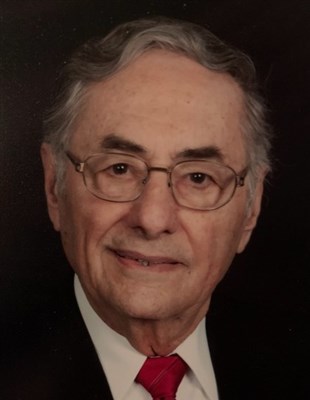 Also left to cherish his memory are his grandchildren, Bethany (Michael) Porter, Hayley (Jeffrey) Sheldon, David Carmo, Joel (Erin) Anderson, Adam Carmo, Rachel, Sarah and Eve Rossello and Angelina and Peter Alfieri III; great-grandchildren, Leah and Keaton Porter and Violet and Willa Sheldon; and many nieces and nephews. He was preceded in death by an infant daughter whose memory he always cherished.

Peter was a proud veteran of the Army and served overseas during World War II. Upon his return, he pursued higher education at the University of Pittsburgh and Western (Pittsburgh) Theological Seminary, eventually earning two master's degrees.

His passion and purpose in life was to serve the Lord and spread the Gospel. He began his life's work at Bethel United Methodist Church in Lower Burrell from 1955-1959. From 1959-1974 he served Cresson United Methodist Church, until eventually relocating to Vintondale, Pa., to lead Blacklick United Methodist Church, where he remained until his retirement in 1989. Even after his retirement, Peter continued his ministry part-time at the Laurel Swamp Union Church, in Clymer, Pa., from 1991-2005. He will be fondly remembered by his many congregants and members of the communities he faithfully served throughout his life.

Family and friends will be received from 9 a.m. until time of service at noon Saturday, Oct. 30, 2021, at the ALFIERI FUNERAL HOME INC., 201 Marguerite Ave., Wilmerding, 412-824-4332. Peter will be laid to rest with military honors in Restland Memorial Park, Monroeville.