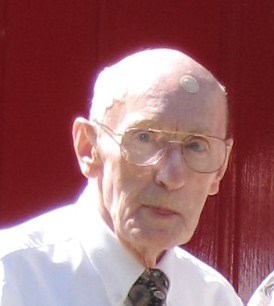 The Rev. James A. Trusel of South Beaver Township passed away peacefully Wednesday, Sept. 11, 2013 at the age of 86.

Born July 11, 1927, in New Castle, he served many congregations in his career. Rev. Trusel marked 50 years of ministry on July 1, 2012 by returning to the pulpit of the small rural church where he started-- Saint John’s UMC near Slippery Rock.

After earning his license to preach in 1962, his was appointed to Saint John’s and served there and at West Liberty UMC, which was added to his charge, for 17 years. In addition to serving as a pastor, he also worked full-time at Universal Rundle in New Castle until the plant closed in 1982. He completed the Graduate Course of Study and was ordained as a local elder in 1971 by Bishop Roy Nichols. While at St. John’s and West Liberty, Trusel and his wife Pat raised four boys.

In 1980, he accepted a call to Bridgewater UMC, where he ministered for 14 years, officially retired, and served four more years in retirement.

Trusel, who lived in Beaver Falls, said a highlight of his ministry was serving as a guest chaplain and offering a prayer to open a session of Congress in 1989.

Throughout his pastoral ministry, Trusel always worked another full-time job. He was co-founder and served as manager of The Carpenter’s Corner Christian Bookstore in Beaver from 1985-87 and worked at Beaver County Children and Youth Services from 1988-1994.

When Trusel finished his ministry at the Bridgewater church in 1998, he and his wife joined Rochester First UMC and he began a visitation ministry to shut-ins, nursing homes and hospitals. He continued that ministry with the help of others in the congregation two days each week. Until May of 2012, Trusel also preached every other Sunday at the First Congregational Church in Beaver Falls.

He was preceded in death by his parents; his wife of 52 years, Patricia Sadler Trusel; and his sister, Polly Cross.

Funeral services were held Sept. 16 at Faith Community UMC in Rochester with the Rev. Pat Albright officiating. Arrangements were by Huntsman Funeral Home in Rochester.